After watching stage 8 of the Tour de France, we drove back to Barcelona and picked up the keys from our Airbnb host. The place was OK. It would have been great, except the floor was filthy. No matter—we were located on Plaça Reial, close to La Rambla and close to a subway station. 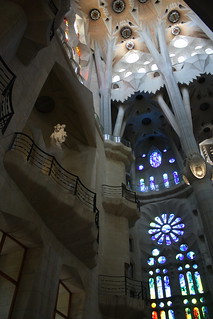 I’ve always liked Barcelona. It’s a fun city. Easy to get around by foot, subway, or taxi. The Gaudí architecture is great. I recommend going in La Sagrada Família—I thought the inside was cooler than the outside. Casa Batlló and Park Güell are also neat, but not required if you find architecture and design boring.

We saw a fantastic flamenco show at Palau de la Música Catalana. We bought our tickets in California before we left and the only seating options were far back or front row. We opted for front row. It was a little awkward, but also a little totally friggen sweet. The dancers were intense, especially the women. Fierce, piercing, angry. The tickets were $100 each and absolutely worth it.

Our only notable meal was at Bodega La Palma. It was great and I recommend it. Creative and delicious food, a friendly and accommodating waiter, and a shitload of wine—we had a great nap after this.

A word of caution: Thieves and pickpockets run rampant in Barcelona. We saw a thief grab a mobile phone from a table and run down an alley. Don’t leave valuables sitting on your table in big cities!

You can see all 50 pictures from Madrid and Toledo or the best 9 (mixed with the best pictures from elsewhere on our trip). Also check out this photosphere of Plaza Mayor in Madrid.

From Barcelona we took high speed rail to Madrid. It’s 380 miles and would have taken 5.5 hours by car, but takes only 3 by train. Our speed topped out around 300 km/h. We bought the tickets minutes before boarding and they were pricey, €110 each. They would have been half that if we had purchased in advance.

We stayed at Hotel Moderno, which is in a great location. Immediately next to Plaza Del Sol and a few hundred yards from Plaza Mayor de Madrid. We dropped our bags in the room then grabbed lunch outside. 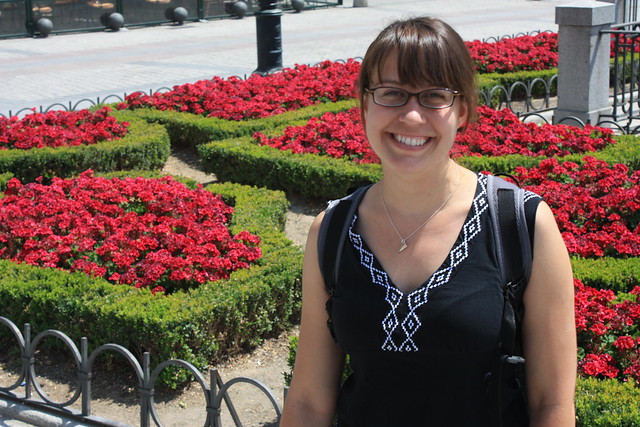 After lunch we walked half a mile to the Royal Palace of Madrid, which is totally sweet. It’s a large palace typical of 18th century Europe. Ornate and extravagant. I loved the expansive Plaza de la Armería Courtyard on the south side. 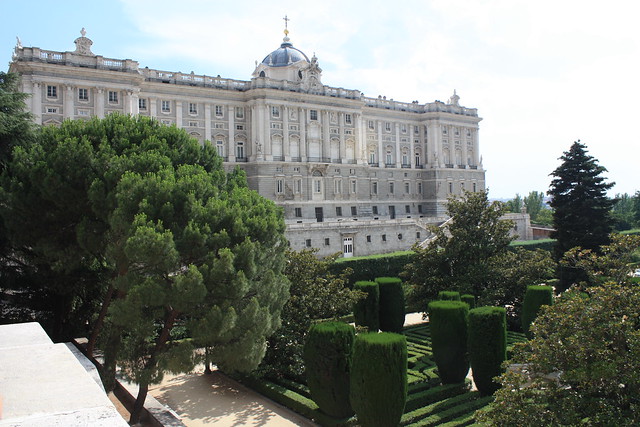 The next day we took a short train ride to Toledo. It’s a walled city on a hill partially surrounded by a river. The city has been known for making bladed steel weapons since 500 BC, and knives and swords are common in gift shops.

The last stop on our trip was Seville, in southern Spain close to the Mediterranean coast. We stayed at El Rey Moro Hotel Boutique and loved it. It’s in a part of town with narrow, winding, cobblestone streets. The building has a lot of character and the rooms are all unique.

Plaza de España, the Alcázar and Cathedral of Saint Mary of the See are all really cool. We had a few good meals along Calle Mateos Gago, near the cathedral. 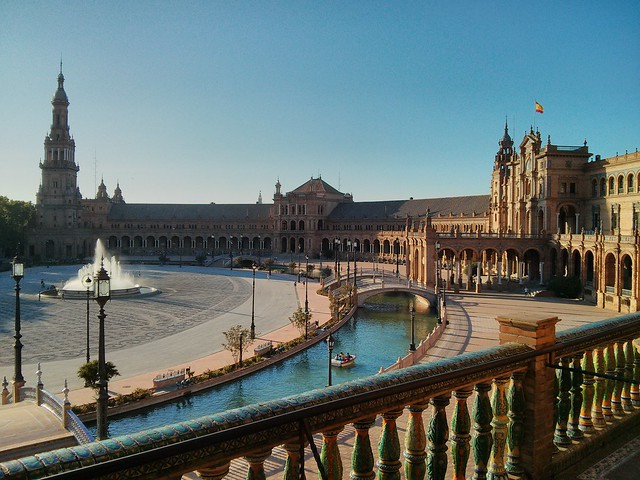