At the end of June and into July last year Emily and I went on a two week vacation to Europe. We spent most of our time in Slovenia and Spain, but we also briefly ventured into Croatia, Venice, Andorra, and France. 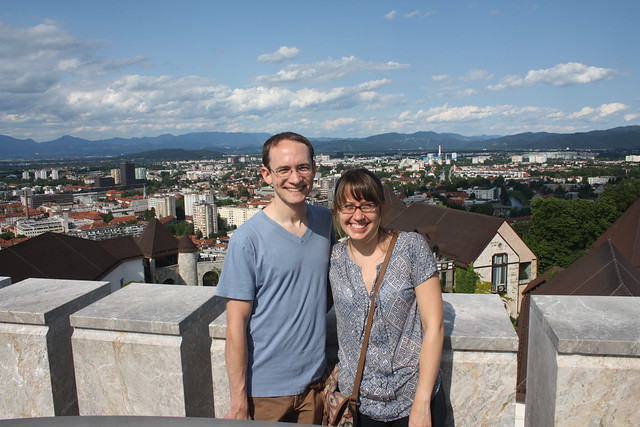 The Republic of Slovenia is a small country just east of northern Italy. It features rolling hills, some small mountains, is heavily wooded, and has a small coastline along the Adriatic Sea. Slovenia split from Yugoslavia in 1991.

We spent a few days in the capital city, Ljubljana. It’s lovely. It feels like any other typical European city. Smaller, less touristy, and more chill than the well-known cities of Rome, Florence, Nice, Barcelona, and Madrid. Pedestrian and bike friendly. A Saturday farmers’ market. Through the center of the city winds a river flanked by small cafes and outdoor seating. 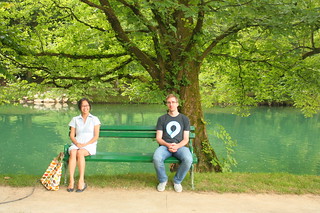 Our primary reason for visiting Slovenia was to attend the wedding of our friends Surabhi and Ziga. We met some California friends in Ljubljana and rode an hour in a shuttle bus to the wedding site: Otočec Castle. There was time before the wedding to take pictures and explore the castle. The ceremony was outside the castle walls, with the reception in the castle courtyard. They got married. It was magical. Good times were had. They lived happily ever after. We spent the night in the castle then headed back to Ljubljana the next day.

Random tidbit: Lightning rods are prevalent on buildings in Slovenia and Croatia.

After another night in Ljubljana we left to explore the lands. Amy and Brian had flown in from Switzerland, and Emily and I would be traveling with them, as well as Melanie and Martin, over the next few days. We attempted to visit Postojna Cave, but didn’t allot ourselves enough time slash we got lost. We did stumble upon a cool natural bridge, which we briefly wandered around. Next stop was Bled Castle, which sits atop a cliff overlooking Lake Bled. We skipped going into the castle, as we wanted to get to our lodging in Croatia at a sane hour. We did make time for lunch and a quick jaunt down an alpine roller coaster (something like this). 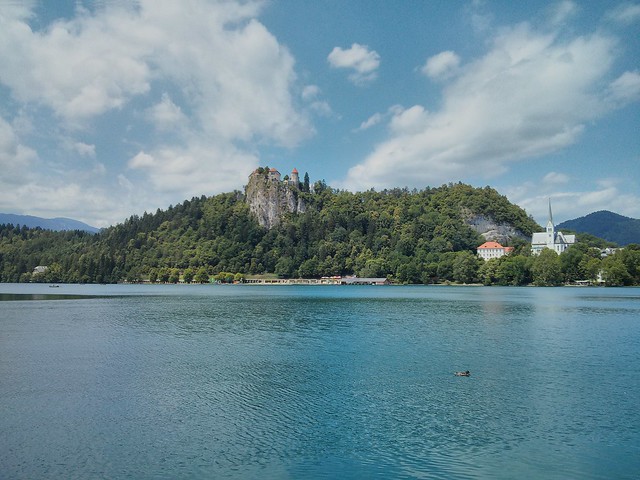 Plitvice Lakes was awesome. The island of Krk was nothing special.

Croatia joined the European Union on July 1, 2013, which is the same day we crossed the border from Slovenia. It was painless. We stayed the night at a simple bed and breakfast and made our way to Plitvice Lakes in the morning.

Plitvice Lakes had a similar feel to Yosemite Valley—a popular park on an amazing landscape. The trails crisscross a series of lakes and waterfalls that flow through a lush canyon. It’s a really cool place to hike. 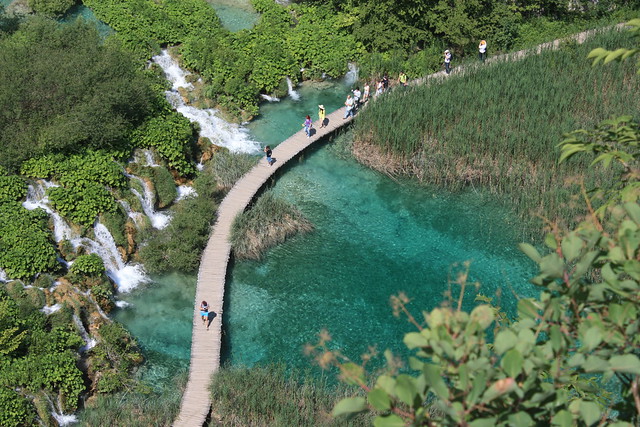 The road leading to Plitvice Lakes was small and winding. The road we took on the way out even moreso. Our attempt at a direct route to the coast took us through hills lined with “no trespassing — land mines” signs (picture 1, picture 2). A reminder of the war 20 years earlier.

The majority of the coastline that I saw was rocky and steep, similar to the California coast. We crossed from the mainland onto the island of Krk, in the northern Adriatic Sea. There are a few small towns on the island and some scattered beaches. We had dinner in Vrbnik. The old part of the town had narrow, winding, cobble stone sidewalks and overlooked the sea. It reminded me of Cinque Terra in Italy. It seemed like a cool place. 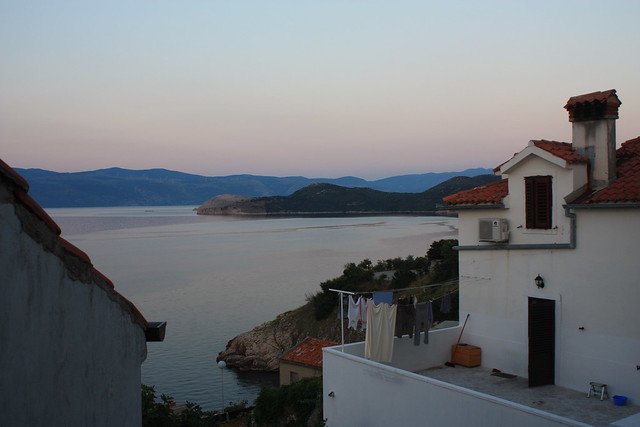 But that’s not where we spent the night. We spent the night in nearby Baška. In the morning we wandered down to the beach and tried swimming. The water was not exactly warm, the beach was packed, and we didn’t linger here.

Our next stop on the island was the city of Krk. It was cool. Neat. Old. Small. There’s a small fortification (Frankopan Castle) dating back to 1191. Also Krk Cathedral, which is at least as old. The beach here was nicer, warmer, and less crowded. Also not as “happening.”